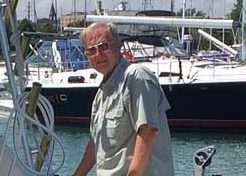 Don Anderson, U.S.C.G. Master Captain, has fished Lake Michigan from Chicago to Washington Island since Lake Michigan sport fishing became popular back in 1968.  He is one of the most knowledgeable fishermen on the lake and never misses when it comes to finding the fish.  Don is licensed by the State of Illinois and the U.S. Coast Guard.  He always operates with his passenger’s safety and enjoyment first and foremost.

Captain Don is an avid outdoors-man. He has hunted and fished from Alaska to South America. Don has participated in a number of sailfish and marlin tournaments from South Florida, to USVI, to the Bahamas, to Venezuela to Costa Rica and Panama. He even crewed a private vessel through the Panama Canal.

Your 5-Day Forecast at a Glance